Beware the Natural Alternatives to Sugar 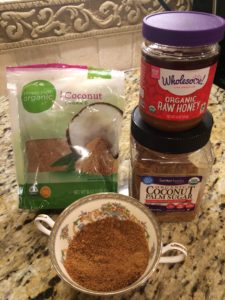 As the harmful effects of sugar and high fructose corn syrup become increasingly more evident, people are turning to natural alternatives to sugar such as agave, honey & coconut sugar for sweeteners. But, how do you know which to choose?

As a population we seem to be addicted to sweets. Sugar is in nearly every processed food, all soft drinks and desserts which we consume in large quantity. Well, there is scientific reasoning behind our cravings. The sensation of sweetness is strongly tied to the reward centers in our brain. Ingesting sweets relieves pain and reduces symptoms of depression. This is why people tell women suffering from PMS and/or stress to have some chocolate!

Below is a recap review of 3 popular “natural” sweeteners. These are typically touted as safe. Reading the below will help you discern which type of sugar is right for you based on your health goals. If you have an autoimmune disease (or really any health concern) you are going to want to avoid sugar & insulin spikes.

HONEY is made by bees. These insects forage nectar from flowers. Honey has a fructose to glucose ratio similar to that of high fructose corn syrup or granulated sugar. It’s approx. 38% fructose & 31% glucose. The rest is mostly water.

Honey sometimes contains endospores of the bacterium Clostridium botulinum  endospores, which can result in botulism. This means it’s dangerous to babies and people with weakened immune systems because these folks run the risk of bacterial or fungal infection. What’s even more appetizing is that endospores enable Bacteria to remain dormant for a long time – up to decades.

Honey doesn’t sound great so far but on the contrary, studies show its a functional food with benefits to our physiology. As a result, it increases serum antioxidant levels with vitamin C and glutathione. Honey also has been shown to offer antibacterial activity. Honey (unlike refined table sugar) does have some redeeming qualities & nutritional value. It contains enzymes, trace minerals, flavonoids and other polyphenols.

Polyphenols are powerful antioxidants with anti-inflammatory and immune system benefits. Flavonoids are just one of the many in the polyphenol family. They happen to be the most studied and understood of the polyphenol group. You know it as the compounds found in red wine and dark chocolate. License to indulge in both right!?

As with most foods, raw honey is the most beneficial for the body because it retains its nutrients and vitamins. However, the most readily found honey is that commercial stuff marketed in the cute bear bottles. Get the better honey if you choose to go this route.

Honey can also be used externally as a natural anti-frizz hair product. You simply mix one teaspoon of honey to four cups of warm water and spray it on to wet hair. It works like anti-frizz products but without the chemicals. Cool eh?! I’m not sure I’m a fan but it did work and given that my hair is naturally big untamed without product, it was good to know I had an emergency back up LOL.  I have read that its also beneficial when applied to your face (for approx. 30 minutes) because it works like an anti-aging serum. I lasted 10 minutes when I tried this one… could be why I’m still aging but who knows… maybe I look good for my age?

Lastly it’s a great cough suppressor and throat coater (if there is such a word). With the movement to chemical-free healthy alternatives this one fits right in.  Consuming two teaspoons of honey will make a coating on the throat that can ease that itchy, dry cough that sometimes lingers on even after the cold has left. This is why cough drops frequently have honey in them. I will say it works too. Doesn’t last for a long time but relief is relief. Remember its still calories though — so watch your frequency of intake.

Stevia is a green, leafy plant that is native to South America. It’s been used mostly for medicinal purposes but became popular when used in small amounts for its strong, sweet flavor as a sweetener.

The research here was a mixed bag and mostly done on rats. It was, however, all promising. The benefits come in its both medicinal use & use as a sweetener.

As a sweetener the pluses are: 1) Stevia has no calories. 2) It doesn’t cause an insulin response in the body. This is great for diabetics. In insulin-resistant and diabetic induced rats, stevia improved insulin sensitivity & glucose tolerance. This is good news for organs like kidney & liver. 3) It is considered Paleo appropriate.

Now obviously if you are using it as a sweetener you won’t receive the same benefit as these guys did who received the Stevia in controlled dosses at medicinal levels – but the point is well made. It’s good for you and unlike other sweeteners that have good and bad – this seems all good. Stevia is perhaps the only sweetener that is not just “not harmful,” but also has health benefits.

I’ve used stevia a lot and except for trying to bake with it – my experiences have all been positive. Baking was a challenge because stevia’s use is not equal to sugar use. By this I mean a TSP of sugar does not equal a TSP of stevia. Too much stevia and you get a bitter yucky taste…. But unless you know how to replace the cup of sugar with the right amount of Stevia you mess up until you figure it out. As a sweetener for coffee or tea it works like a charm!

Agave nectar is also called agave syrup.  It’s a sweetener similar to honey but produced from species of agave. We see tequila is made from it. (yum) Much like high-fructose corn syrup however, it’s highly processed before you get it and add it to your recipe, tea or pancakes etc. One of the few health-promoting properties of agave nectar is its favorable glycemic profile. This is why it is considered Paleo appropriate.

As you know, the glycemic index of a food is measured by the relative impact of that food on blood sugar levels. Foods with a high glycemic index have carbohydrates that the body quickly converts to sugar, which makes them more likely to cause a quick rise in blood sugar. This offers the insulin rush we know so well.  Foods with fewer or no carbs or fewer easily-digested sugars and/or starches are the less likely to create a spike in blood sugar.

Dietary fiber, while classified as a carbohydrate, passes through the system undigested, so it has no impact on blood sugar. In fact, fiber works to help slow the absorption of digestible carbohydrates. So anything with a lower glycemic index would seem – on the surface — good.  Agave has a lower glycemic index but it’s higher in calories then table sugar! Agave has about 60 calories per tablespoon, compared to 40 calories for the same amount of table sugar. I used to think agave was a win until I researched it an uncovered this tid-bit!

Coconut sugar is also called Coconut Palm Sugar. It is a natural sugar made from the sugary fluid of the coconut plant.  Coconut sugar is made in a very simplistic way.  This means minimal processing before it gets to you. The flower of the coconut palm is cut open and the liquid sap is collected into containers. The sap is then placed under heat until most of the water has evaporated. The end product looks like large sand grains of light brown sugar (see pic). It has a distinctive taste. It’s sort of coffee/ cake like to me. I love it.

Coconut sugar has some small nutrient value (like honey does) in the form of minerals such as iron, zinc, potassium, & calcium. It also offers short chain fatty acids, & antioxidants. It contains a fiber called inulin. As I mentioned earlier fiber slows glucose absorption in our body. This is a good thing. It is also the reason it is becoming popular. It has a lower glycemic index than regular table sugar.

This is IMPORTANT. It is NOT however calorie-free. Coconut sugar supplies almost the same amount of fructose as regular sugar because it’s made of sucrose which is half fructose. Fructose is a type of sugar your body converts to fat quickly. Only your liver can break down fructose. One of the results of this breakdown is triglycerides which are a form of fat. Yikes!

Not that I want to “should” on any one…. but…..We shouldn’t consume large amounts of fructose outside of those we get from fresh fruit which are rich in beneficial fiber too.  Remember that cancer, leaky gut and other health issues thrive on sugar.

I’m going to have to put my beloved coconut sugar in the same camp as honey & agave. While I love all of them (especially coconut sugar) & they are healthier than refined sugar… They are still not as good as no sugar at all or stevia. So all things weighed (pun intended) stevia may be your sweetener of choice. No matter which you decide on you are now more informed & can pick based on your needs & health goals at the time. I keep all 3 in my house. 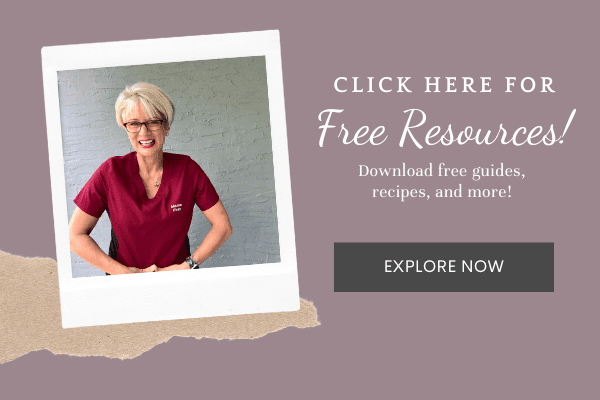